CUSTOMERS:  Our physical brick & mortar store is CLOSED.  We are still OPEN online - call or email if you have any questions! 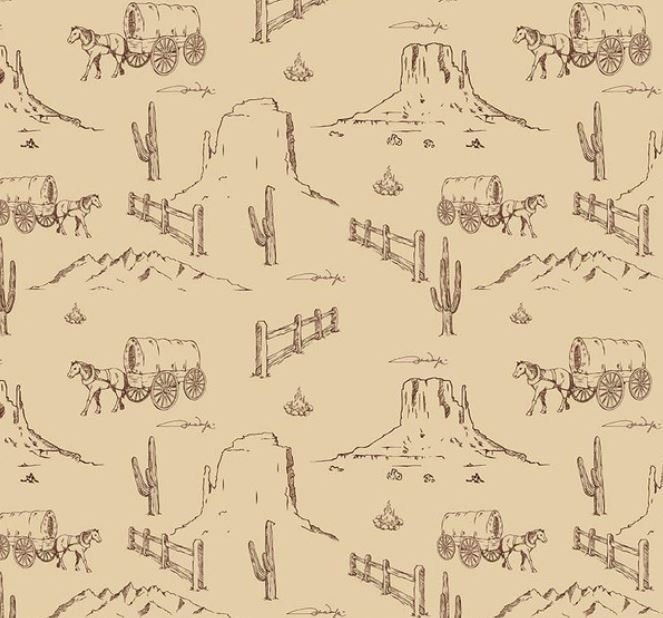 The beige would work well with its coordinates, provided the person you're crafting for isn't too prickly about Arizona Saguaro alongside the Utah rock formation called "Mittens." Likewise, the post and rail fence depicted is an Eastern thing, what with timber scarce in plains and prairie states. The great enclosure occurred only after the invention of barbed wire, and prior to that round-ups and cattle drives were the norm on the open range, leading to songs like "Don't Fence Me In".